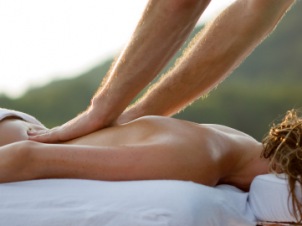 Lomi Lomi Nui is a Hawaiian style of massage designed to relieve tension by balancing out the body’s natural energy.  Hawaiians believe that memory and programming is stored in the body’s cells and that this can block energy flow just as much as muscle tension.

The massage works by using long sweeping motions which the masseur delivers with their hands, elbows and forearms using a variety of massage oils.  These movements are designed to mimic the ebb and flow of the ocean.  This combined with a relaxing environment and focus on breathing is intended to redirect the energy flow of the body.  This will relax the entire being which will help get rid of old belief patterns and tension and create feelings of intense relaxation to inspire deep healing.

This style of massage treats the physical, mental, emotional and spiritual elements of the body and mind at the same time to heal all aspects of the being. When tension is present in the body it can cause muscle strain and pain.  The energy freed through the massage is redirected and used in new positive ways.

Traditionally the massage was delivered with palms, forearms, fingers, knuckles, elbows, knees, feet, even sticks and stones. It was originally practiced by the Hawaiian Shamans known as Ka Hunas.

Because of the mild pressure of the massage Lomi Lomi is safe during all stages of pregnancy. The massage can be delivered in a way that focuses on the areas most affected by pregnancy, this aids relaxation and eases back pain which is a very common problem during pregnancy.

The way the massage is delivered differs from person to person and can be different every time.  Because it is very intuitive the massage can be slow and relaxing at times and at others more invigorating.  People receiving the massage can also feel an emotional release as the massage releases negative feelings.