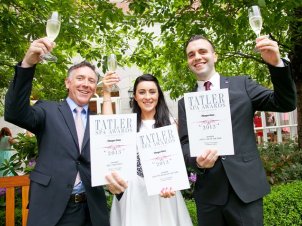 The much awaited fifth annual Irish Tatler Spa Awards have been announced, crowning the best spas all over Ireland.

The Spa at The Heights at Aghadoe Heights Hotel stole the show at this year’s awards, walking away with Irish Tatler Spa of the Year, Hotel Spa of the Year and Best Treatment Award.

The coveted awards were presented in twelve categories, and the 2013 winners are as follows: